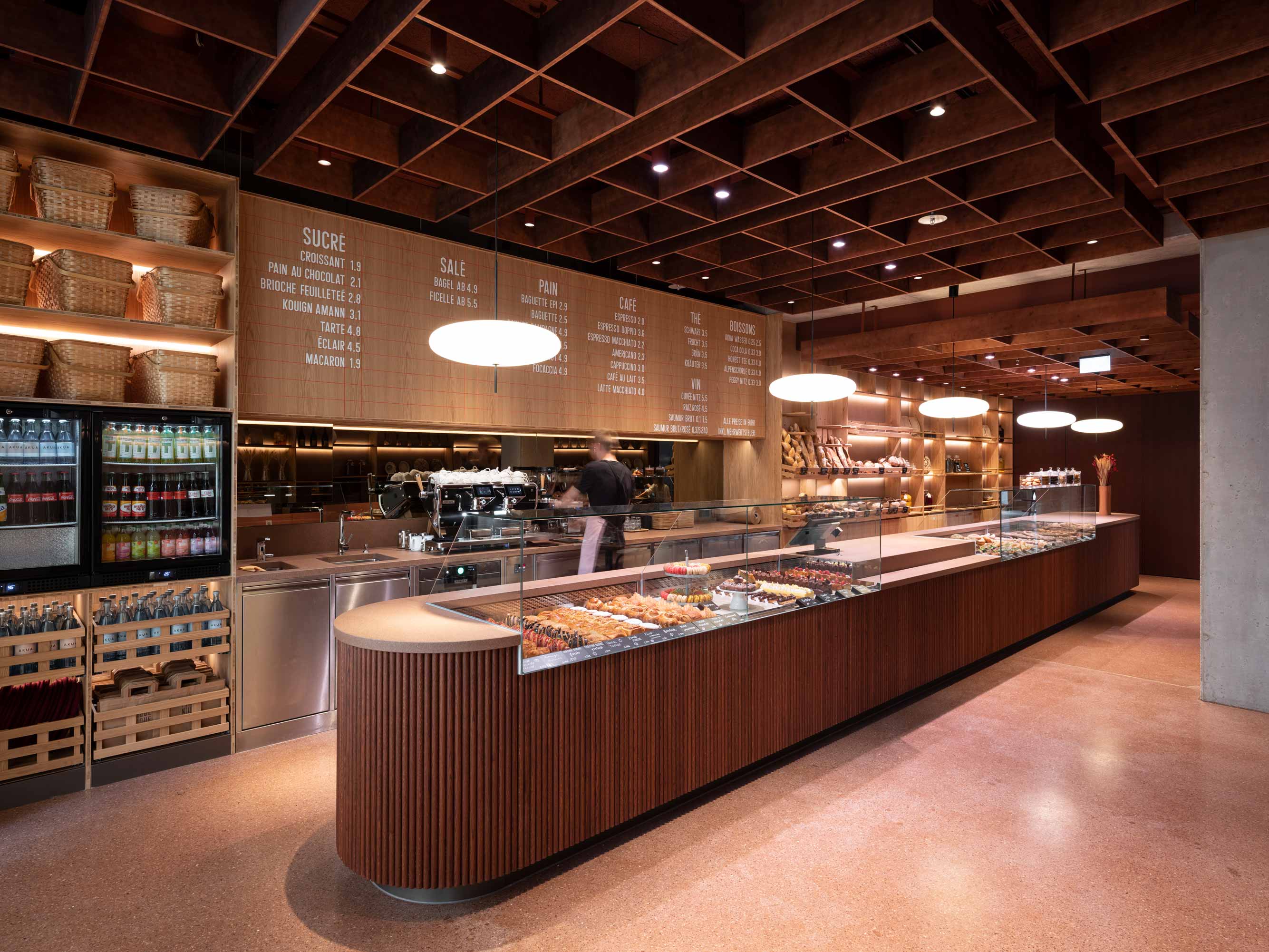 The Café Pique Nique belongs to the Hotel Karl August and forms together with the Brasserie Nitz a spatial continuum in the form of a triptych. Despite the localization it should serve as an independent café and bakery and at the same time be available to the hotel. The guests should have the choice between a small, quick breakfast such as eclairs, croissants or sandwiches in the café, as well as an extensive breakfast in the Brasserie Nitz. Furthermore, the café should be open to walk-in customers and residents of Nuremberg, which is why the Café Piqué Niqué is not only accessible through the lobby, but also from the street through a separate entrance. The various entrance situations create a complex geometry, which is made even more interesting by a single column standing in the space. A new, space-defining counter and a bench that stretches across the wall emphasize the generosity of the space and give it clarity.

‘I imagine it would be very nice to see the public traffic circulating over a coffee and a croissant in the morning. That gives the whole space a special, buzzing atmosphere.’

The floor made of cast terrazzo and the orthogonal grid of the ceiling are visually relating the café to the Hotel lobby and the Brasserie. However, the café is clearly highlighted by the use of a distinctive palette of red tones, which is  reflected in various materials. 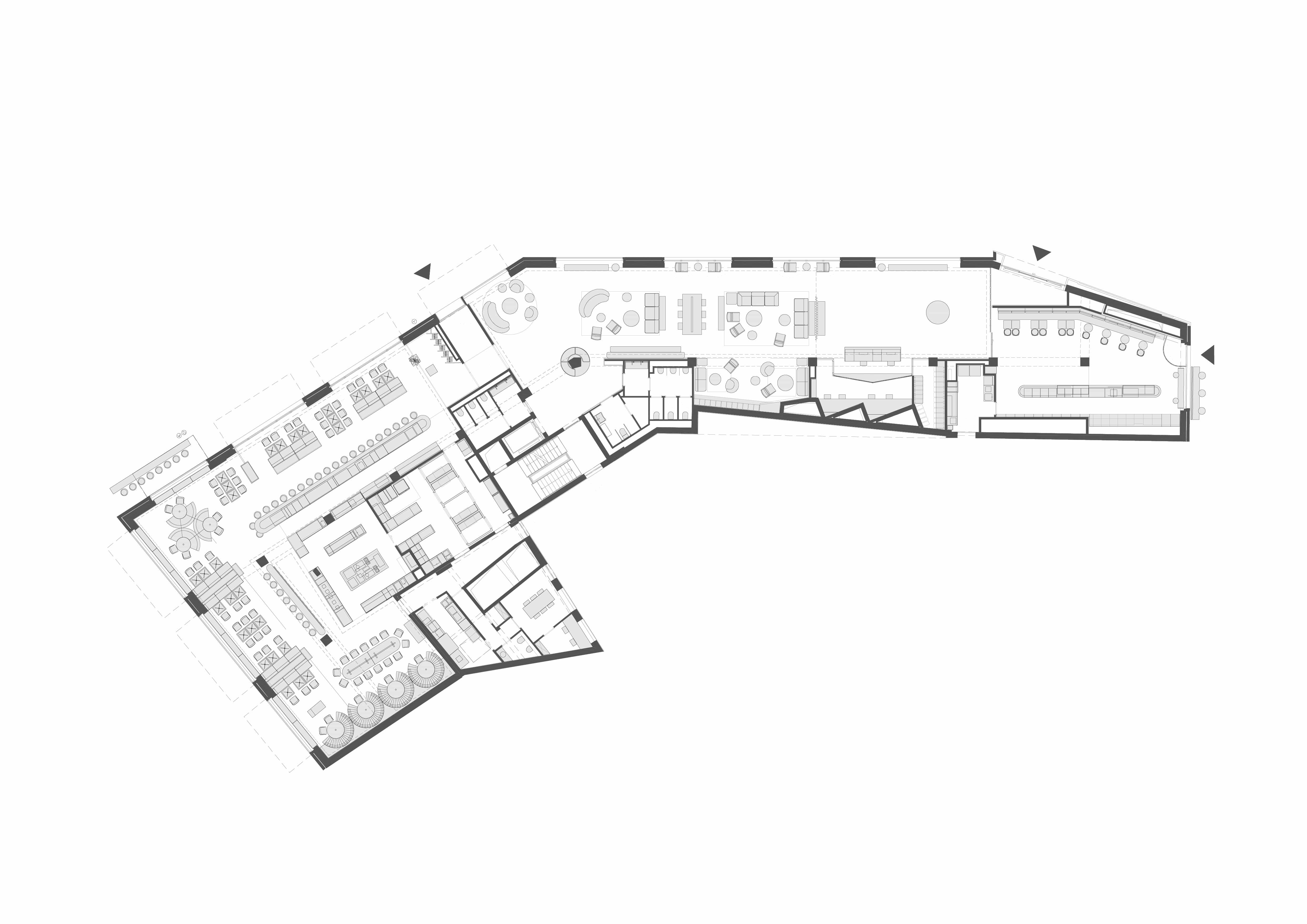 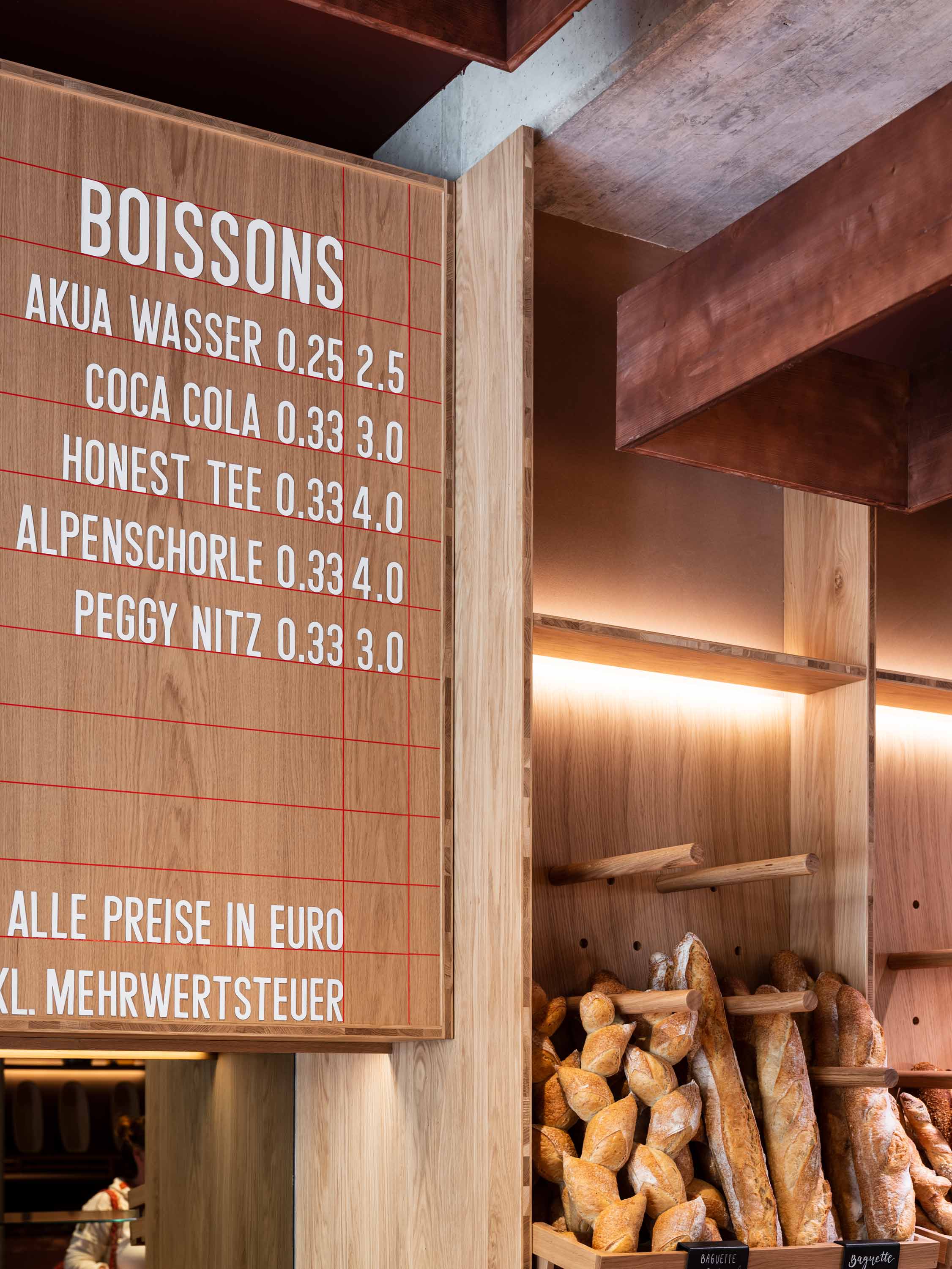 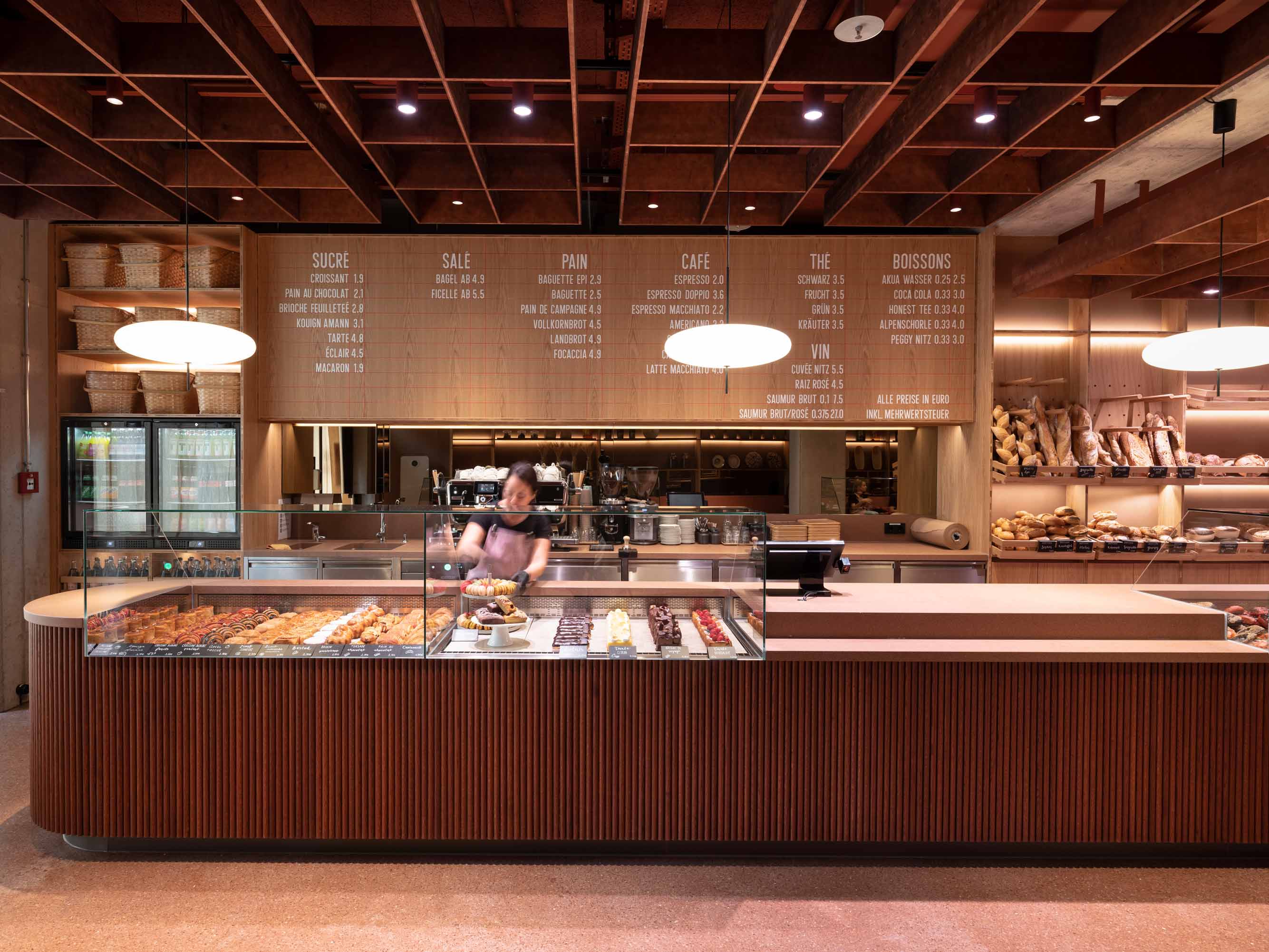 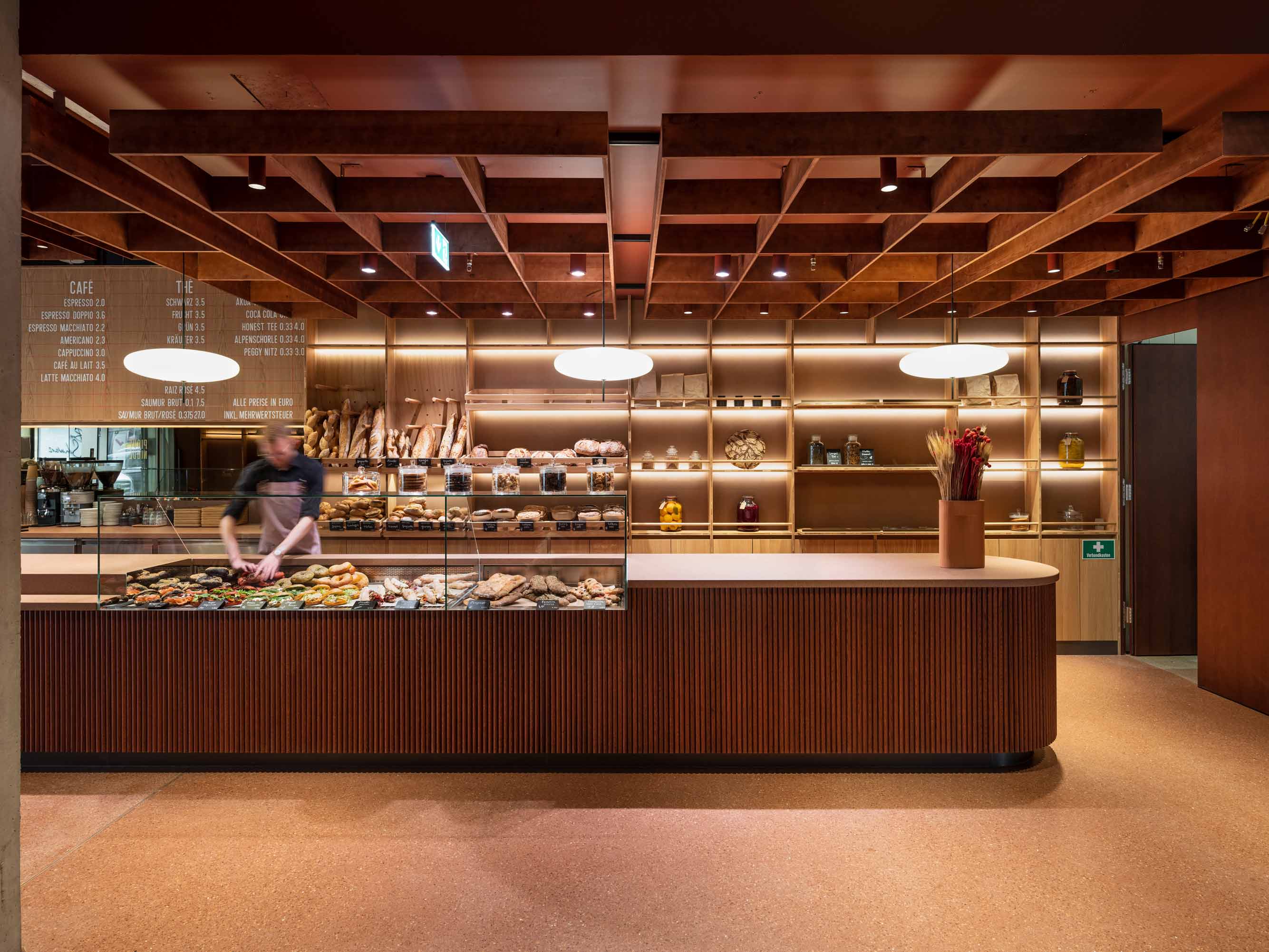 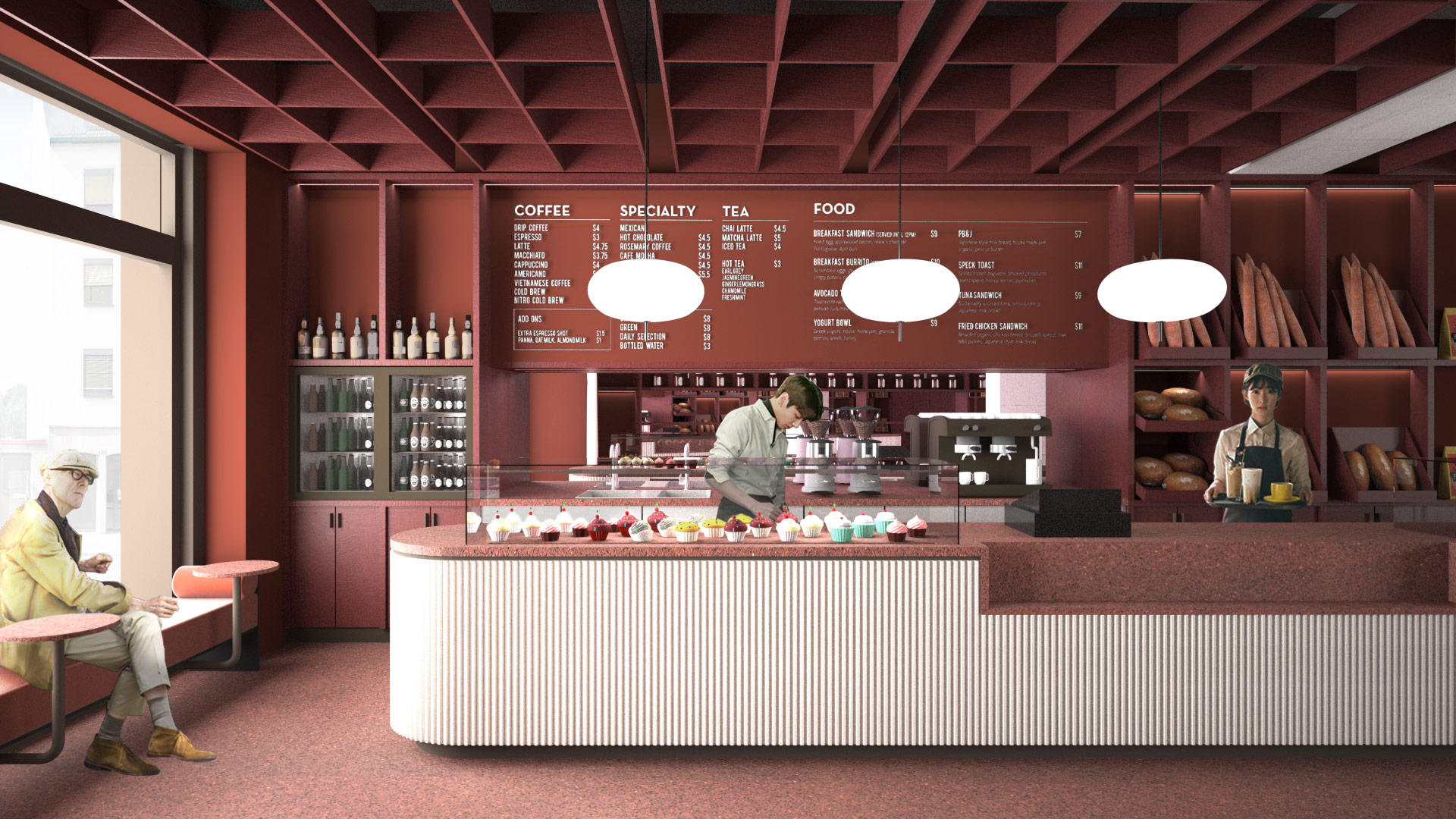 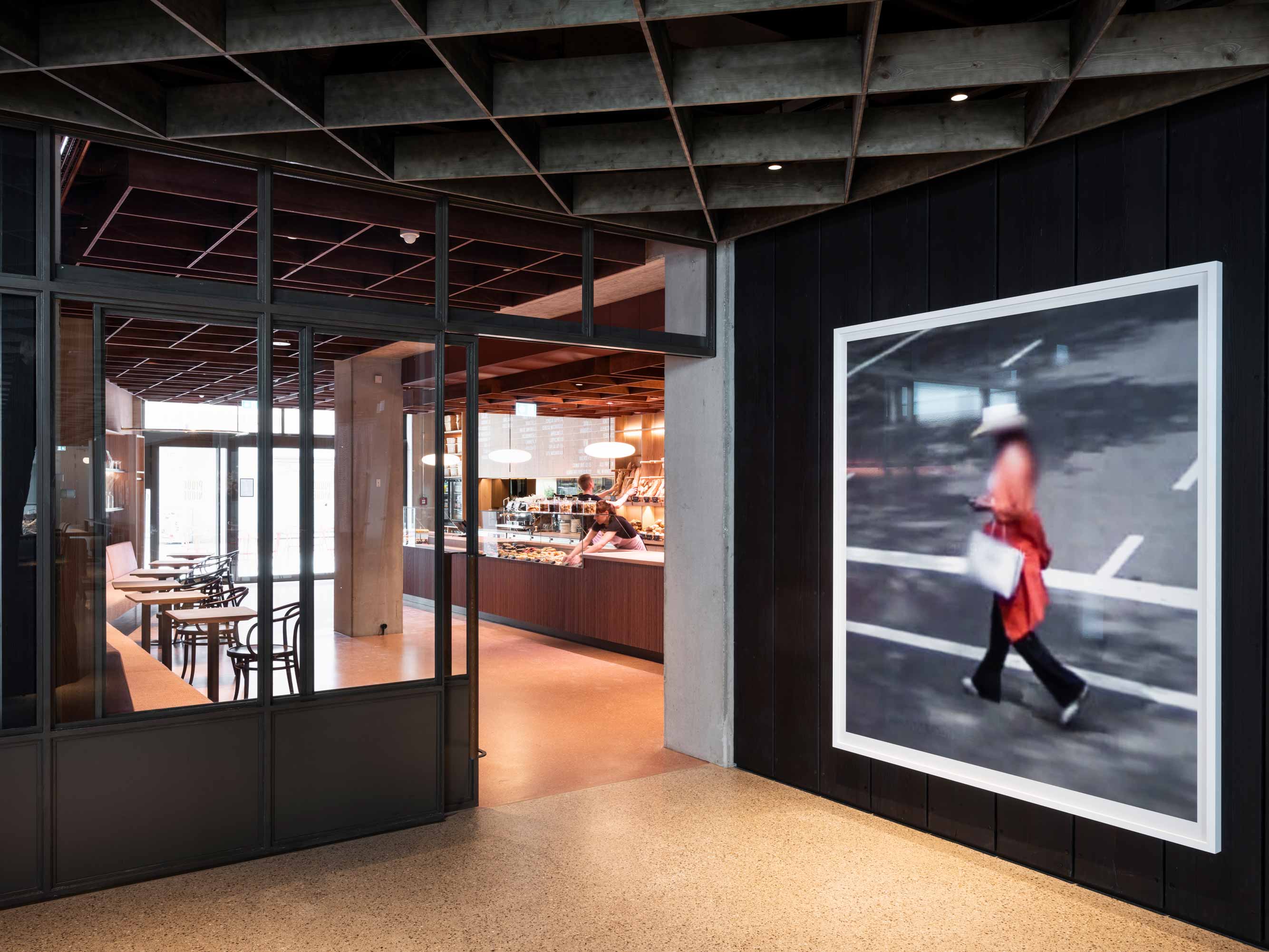 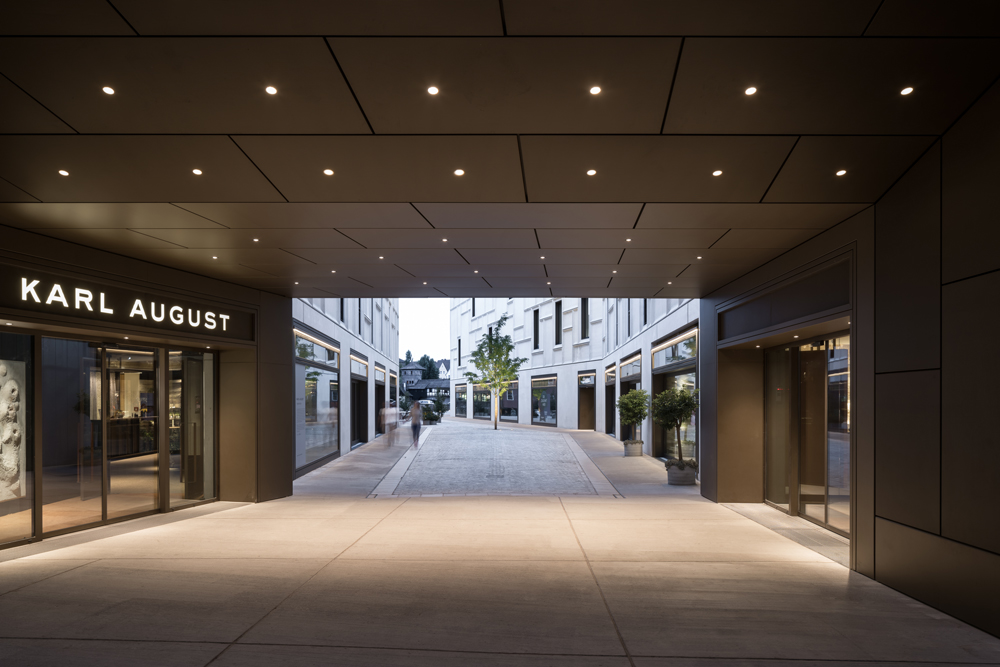 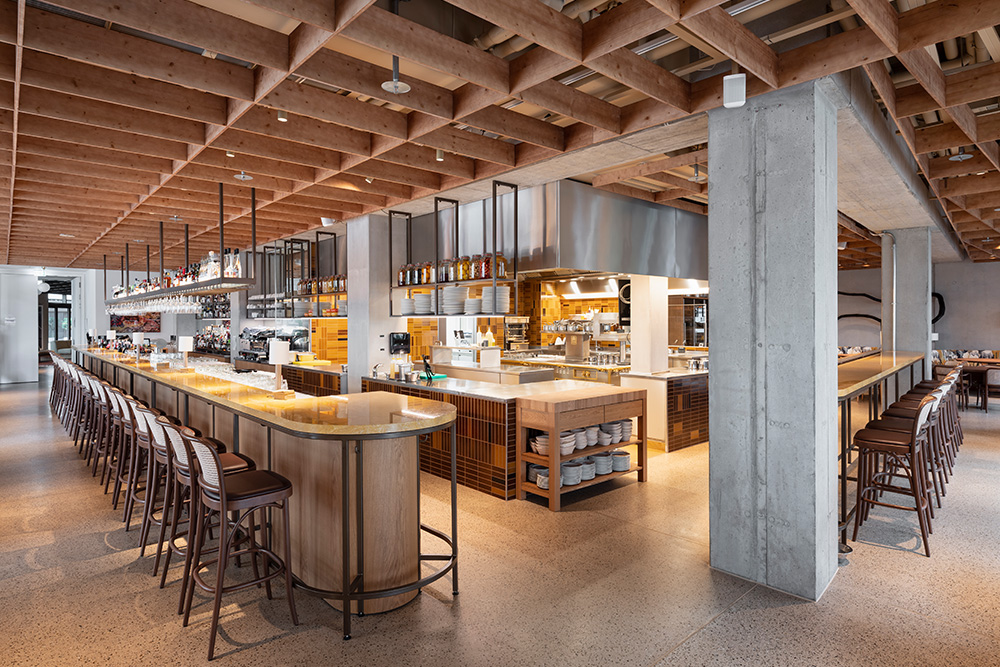